Now I know it has been a while since I’ve written. A long while. But something today has made me decide to start writing again. What happened to make me stop? Well a combination of things really; lack of motivation, lack of things to write about, the rubbish winter weather, but mainly life just got in the way. Now that doesn’t mean that life has got any less hectic now, in fact with the big build scheduled to start in the next few months and the Spring planting season starting hopefully soon (that is if the latest big storm doesn’t bring the country to the standstill that the news would have us believe). Now today I was off work as C was sick. She’d been up in the night so I was tired from getting up with her and generally pretty grouchy. (She’s fine by the way, I suspect it was something she ate). J had walked Jessie this morning and put her in the kennel (I don’t think I’ve written about this yet so will do a dog update soon) so that I could give all my focus to C. By early afternoon C wasn’t being ill anymore and had managed to hold down food and water. We had also watched Ice Age: Dawn of the Dinosaurs twice and she was keen to watch it again whereas I wanted to do anything but that, so I left her snuggled up watching TV for five minutes and headed up to the field to collect Jessie from the kennel. 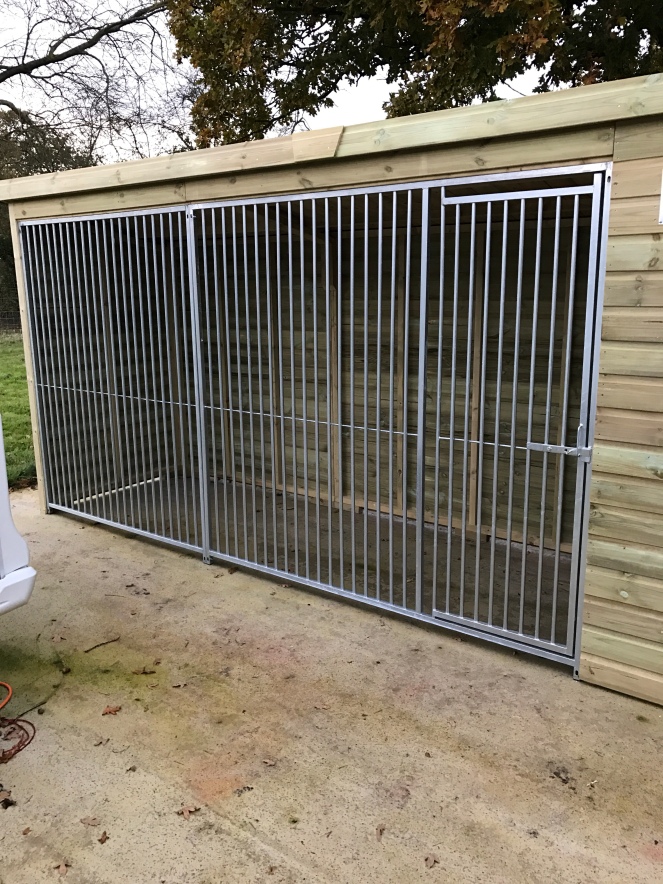 Whilst up there I checked on the girls as there water has tended to get frozen over and collected the eggs. We’re back on five a day now after a long spell of Anna not laying. To be honest she did look like she was going to die as she lost a lot of feathers and looked rather scrawny but she’s just about back to normal now. We still have one other non-layer since the end of last summer but we have no idea who it is (one of the three normal coloured layers) so are just keeping an eye out to try and guess who that one is.

Anyhow, whenever I collect Jessie from the kennel after work I normally use the ball thrower and we spend ten minutes or so playing fetch in the field. So inevitably now whenever I get her she wants to play fetch. So we did a bit of fetch and wandered down to the greenhouse to check it out as we did so. Now the greenhouse is one of my new favourite places to be at the cottage. It has electric to it so we have a heater and a light there which provides a welcome shelter from the bitter cold outside. It has our little bistro chairs and tables set in so you can sit down and just enjoy the views of the garden. We have started spending the odd hour or so down there having a cup of tea and pottering. 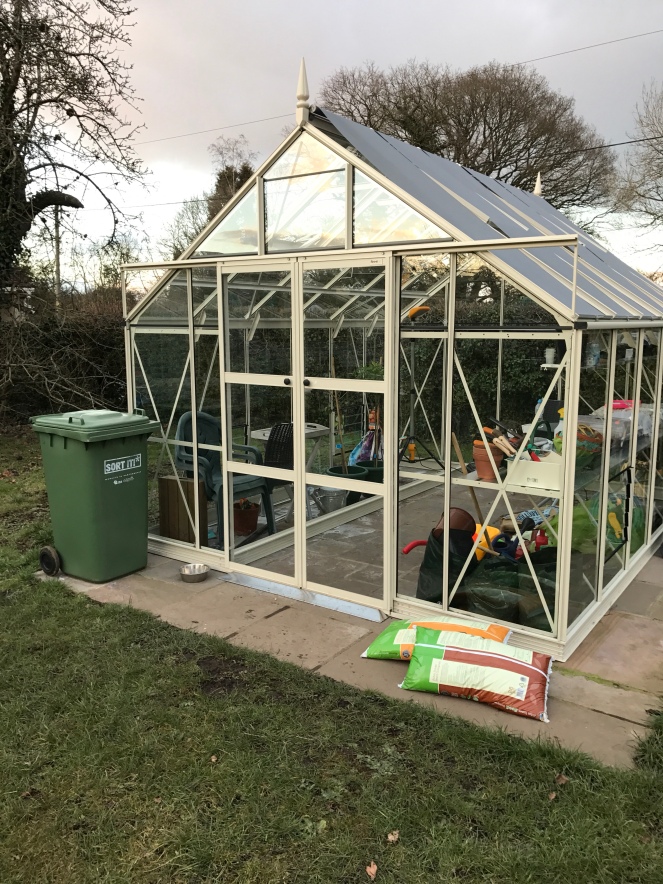 It was pottering in the greenhouse today that made me decide to write again. Just less than two weeks ago C and I planted some tomato seedlings. And today to my delight I spotted the first few shoots appearing. Such a simple thing but something that reminded me why we’re putting so much time, money and effort into this place. We want to produce lots of our own food. We want to have a hobby that we can do as a family and that we can always learn from. We want our daughter to grow up running around outside instead of sat glued to her mobile phone. We want to be a happy trio. And today these little seedlings reminded me of that.