Now as I’m sure I’ve said before, pumpkins were very much a novelty item for us. J doesn’t really like them, neither does C (I think, I haven’t really tried her with them since she was weaning) but I do like pumpkin soup as a nice winter warmer. But I had some seeds free from a magazine so I’d planted two next to each other and then once the seedlings had appeared removed the weaker seedling. The pumpkins had been planted in a raised bed with the cauliflowers (naively I had thought the cauliflowers would be out by the time the pumpkin got to any size, how wrong that was). We’ve had moments when they started to invade the rest of the garden and had to be cut back. ﻿ 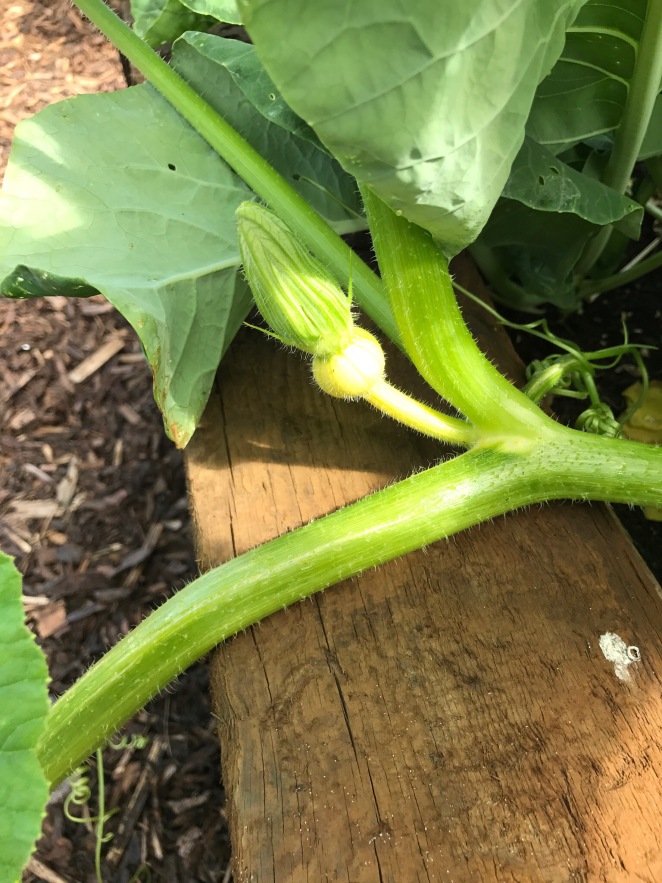 I ended up cutting it back to leave us with a total of two good pumpkins. It has been quite fascinating to watch not only as they grew in size but also slowly changed in colour.

So you can see they have grown quite a bit and slowly changed colour as they’ve ripened. So after a little bit of research about when to pick them (tap them and a hollow sound is a good indication) as the vine was starting to die back by itself I decided to bite the bullet and cut them. 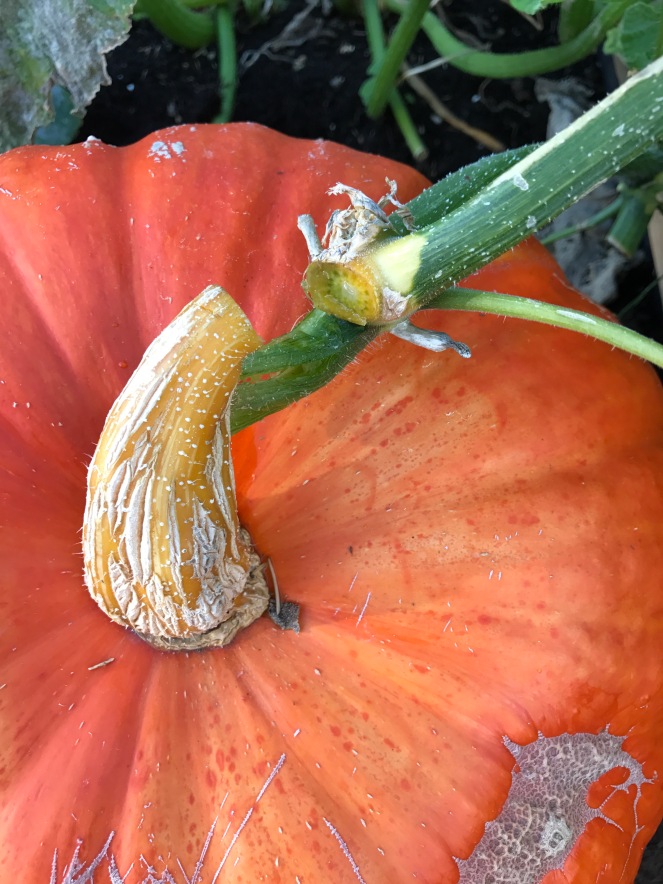 You can see that the stem has already started to darken to the traditional look that you see in shops. So now we are going to leave them for a few weeks to finish the hardening. Apparently if stored in a cool and dry place they can last for a good six months so even though they have been picked now they should still be good until Halloween when we can try our first carving! Now I have about a month to find some good pumpkin recipes. Any suggestions? 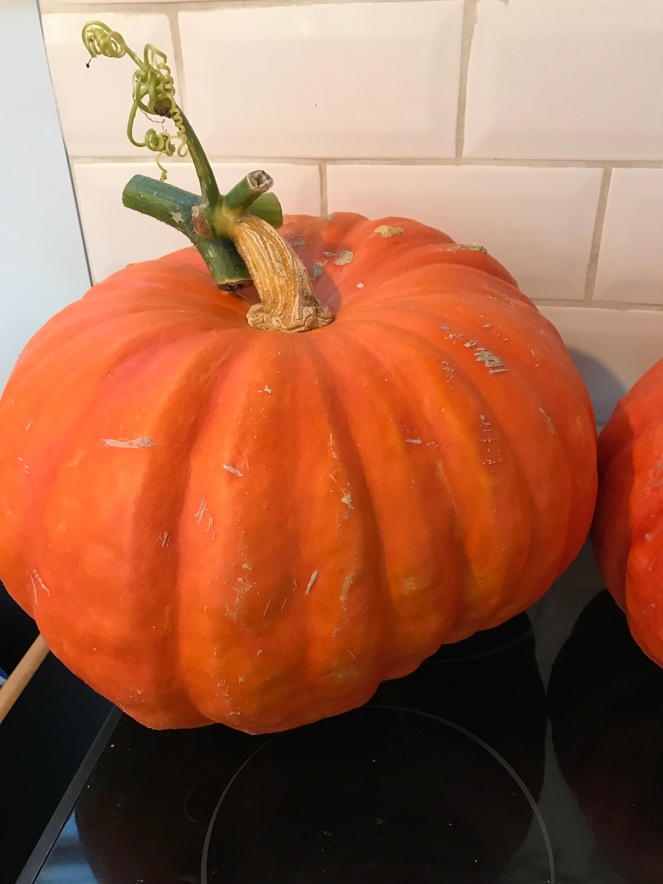 11 thoughts on “When to pick a pumpkin”