So we have planted six different varieties of potato in the field: red duke of York, Charlotte, Maris peer, Maris piper, King Edward and Purple Majesty. We ended up planting them all at the same time as we were very late doing our lazy beds. But we have a mix of types (first early, second early, main crop and late main crop) so we were expecting to at least have some time lag between harvesting. But now four different varieties are starting to get flowers on. For those that aren’t potato growing savvy, once the flowers start to die back is generally when you begin to harvest. So this means that we now have potentially four different varieties looking at about the same stage of growth. Which means we are going to end up with a hell of a lot of potatoes all at once. And it only seems to be the odd one or two plants from the different varieties, which would suggest we could be harvesting bits and pieces of different varieties at once. Very confusing and it doesn’t really help with my planning and organisation! I guess now I need to start looking at ways to store potatoes as I don’t want my amazing crops (well I’m presuming they will be amazing) to go to waste. The flowers are really pretty though which is good as the potato plants themselves seem quite ugly! 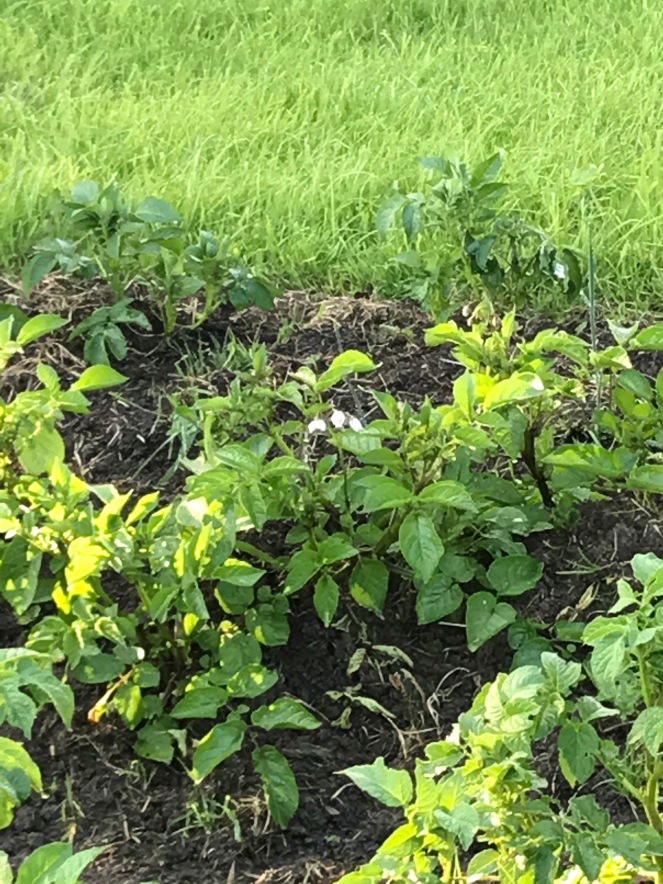 One thought on “Potato flowers”