It sounds like the most ridiculous thing doesn’t it? Trying to colour coordinate the outside buildings/furniture. But that’s what we’ve been doing this week. We have a number of wooden bits outside that need painting with some kind of treatment to make sure that they last well. And, well, it just made sense to try and ensure they all matched. So we have three picnic benches which J had rescued from being thrown out last year and, even though they are in quite poor condition, with a lick of paint they should look quite presentable. We had started painting them a grey colour last year but it hasn’t really weathered that well so we’ve gone for a better quality paint/sealant in a colour called ‘white ash’. It has needed a few coats but should look good once finished. 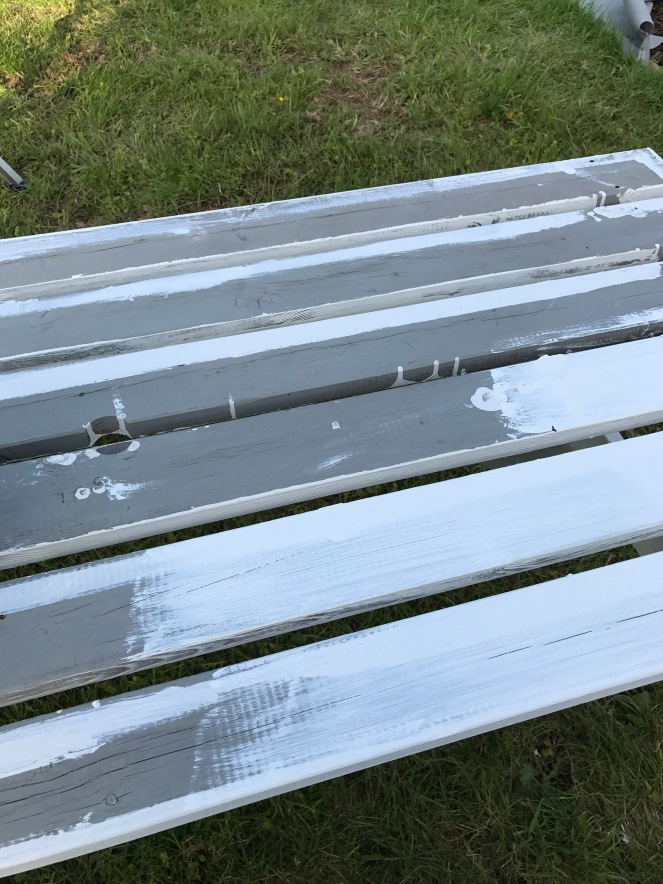 We also have C’s playhouse in the small cottage garden which was painted a cream but we’ve gone for the same as the benches as the cream had a bit of a yellow look in comparison. We’ve also given a first coat to the log store with the same paint and we’ve started on the cabin too. Although I think it will take a while until that’s all completed as we’re going to try and rope in someone slightly better at painting than us to do all the cutting in around the windows. So for now these photos are just a sneak preview.