So we’ve reached the end of the first week of works on the outside. Mostly the weather has been good, although there was some very bad rain today which halted some of the progress. We’ve had two men working here for the week and they have worked their backsides off. We have filled two 8 yard skips so far and are part way through skip number three. The trench has been dug from the electrical feed at the original front door (which is what we really call the back of the house) through the back garden under the hedge and down the whole side of the house up to the hedge by the drive. The pipe for the electrical feed has been installed into this part of the trench and the trench has been back filled up until the well. What well I hear you ask? Well when the side of the house was cleared the other week of greenery we discovered a well. There had always been an old water pump that we could see and that J remembered from his youth but neither of us had any idea that there was a well. It does have water in it although it is in very poor condition. I quite like the idea of trying to rebuild it above ground and have it as a decorative feature as it will be fairly close to where our new front door will be. However, that is for another time. 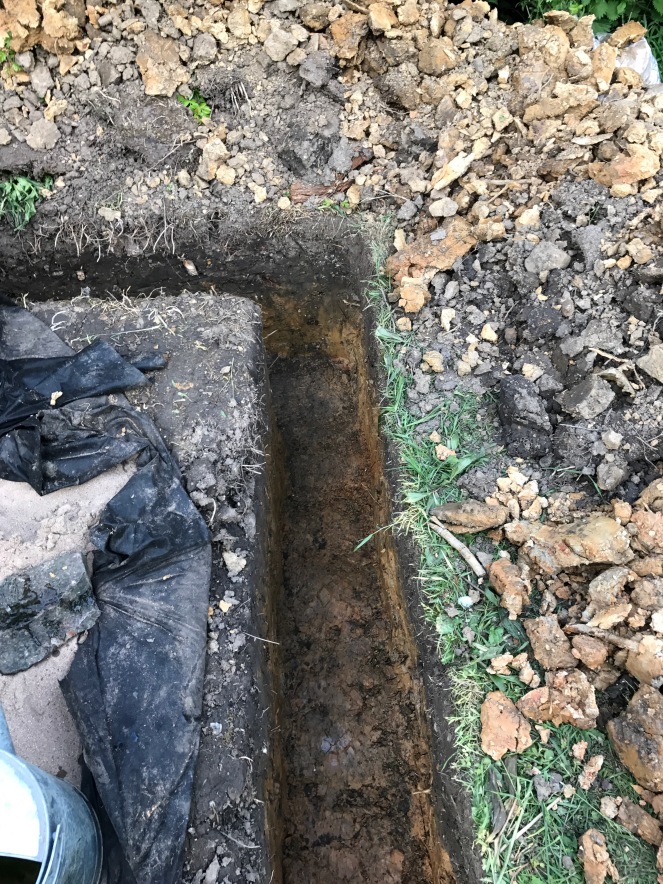 The trench continues on the other side of the drive towards the area that has been dug out for a concrete slab as a base for my craft cabin. There is then a trench starting at the back of the orchard and running under the hedge and into the field with pipes ready for the electrical and water feed. This trench has already been back filled. Then the dug out area for the concrete slab for the caravan has been started. It is a monumental amount of work for a week, especially as the trench around the back of the house was hand dug out as the digger wouldn’t fit round the corner of the house. Not only that but where they had to move the cold frame and dig up part of the borders in the back garden they have replaced it all so neatly that I doubt you’ll be able to tell in a couple of weeks time. 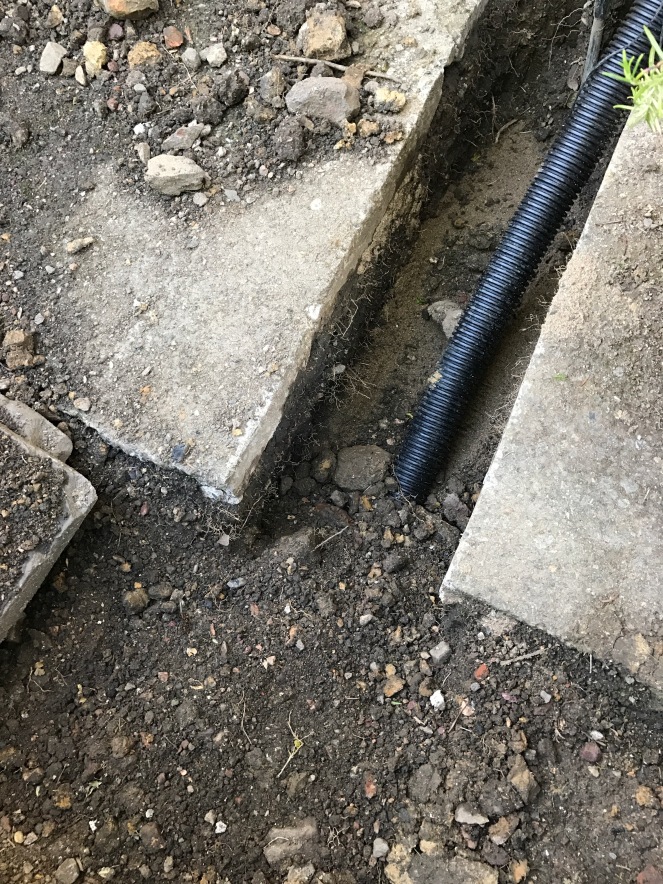 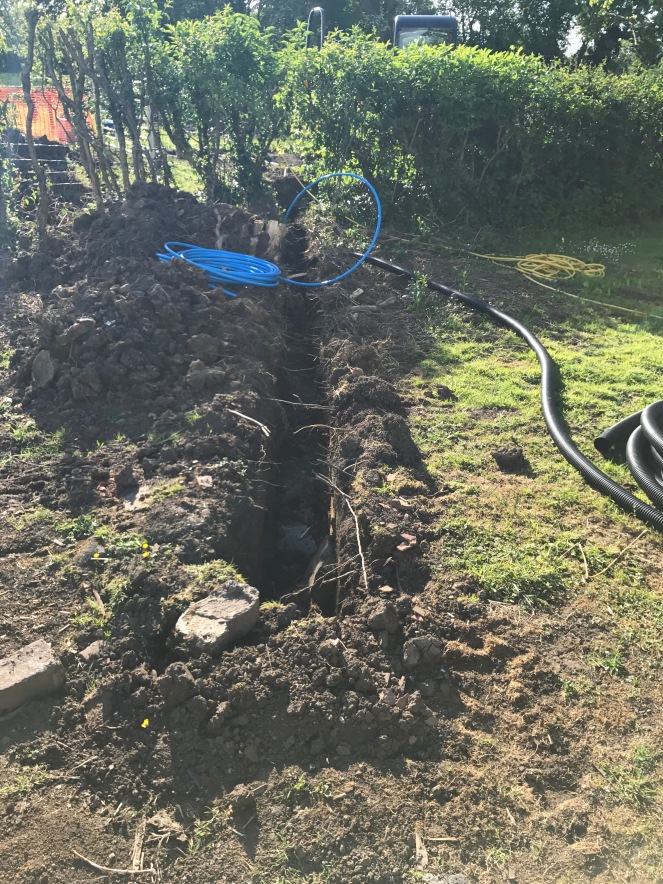 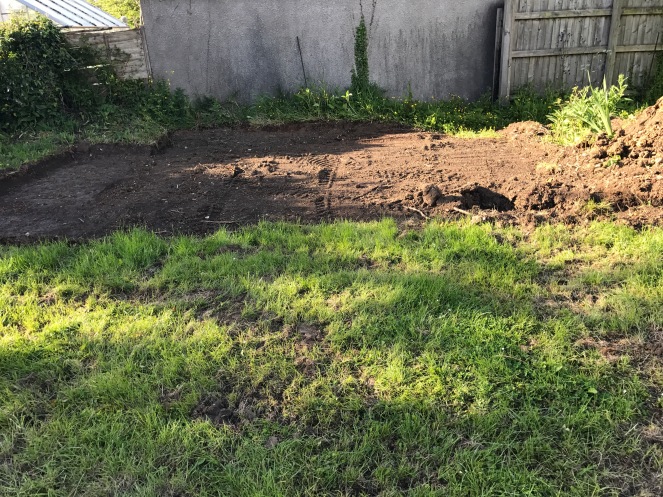 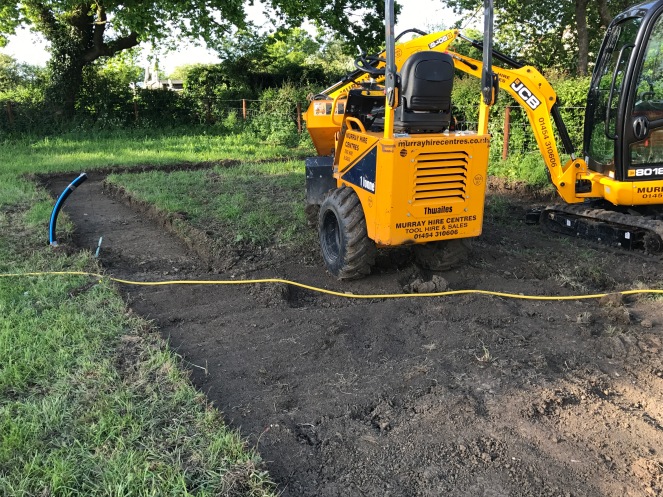 One thought on “The outside works end of week 1”